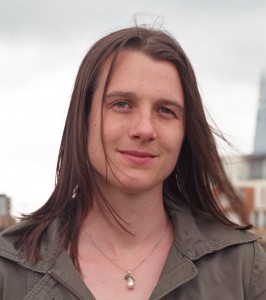 Our grandparents moved to Grassington when I was six and it has been a home from home for our whole family ever since. We are all keen walkers and I have many happy memories of walking in the area. This is a view from one of my favourite walks, from Grassington along High Lane, through the old hospital site and back along Edge Lane. It is taken from the footpath between Edge Lane and High Lane, looking over the valley to Barden Moor. I love the patterns of the drystone walls, and the two knolls which were once coral reefs.

I write and think a lot about place and what it is that makes us feel like we belong to a particular area. For me, people are as important in that equation as any aesthetic feature. Working the View has opened my eyes to just how many people are involved in caring for the Yorkshire Dales National Park. I can now look at a landscape which I’ve been walking in for years and see the evidence of that attention and work, in the walls and the fences, the animals, the paths, the peat, the rivers, and much more.

I conducted the interviews for Working the View over a period of eighteen months. Mark would meet me off the train from London with a carefully worked out itinerary, an envelope stuffed with maps, and keys for the hire car, and I would head off into the hills. I visited farms, offices and people’s homes, often driving miles across the moors without seeing another person. After the bustle and hurry of London life it was a genuine treat, an experience which has taken me to new areas of the Dales and deepened my own connection to the area. I would return to the city not only armed with stories about sheep farming, peat restoration, water management, and the intricacies of propagating juniper, but also with that lightness and serenity that the Dales offers its visitors.

It has been an immense privilege to speak to people who are passionate about this part of the world, and whose day-to-day existence is bound up with the landscape in a whole range of different ways. Many times I’ve sat listening to someone explain what it is that makes the Yorkshire Dales National Park special and have been struck by the poetry of their language. I have kept each text in the book in the words of the participant, merely editing and reordering to make a coherent ‘piece’, because I wanted to capture these different voices and the passion behind the words.

I hope that reading these stories will add an extra dimension to Mark’s beautiful photographs, and offer a unique insight into the people involved in helping sustain this very special landscape. 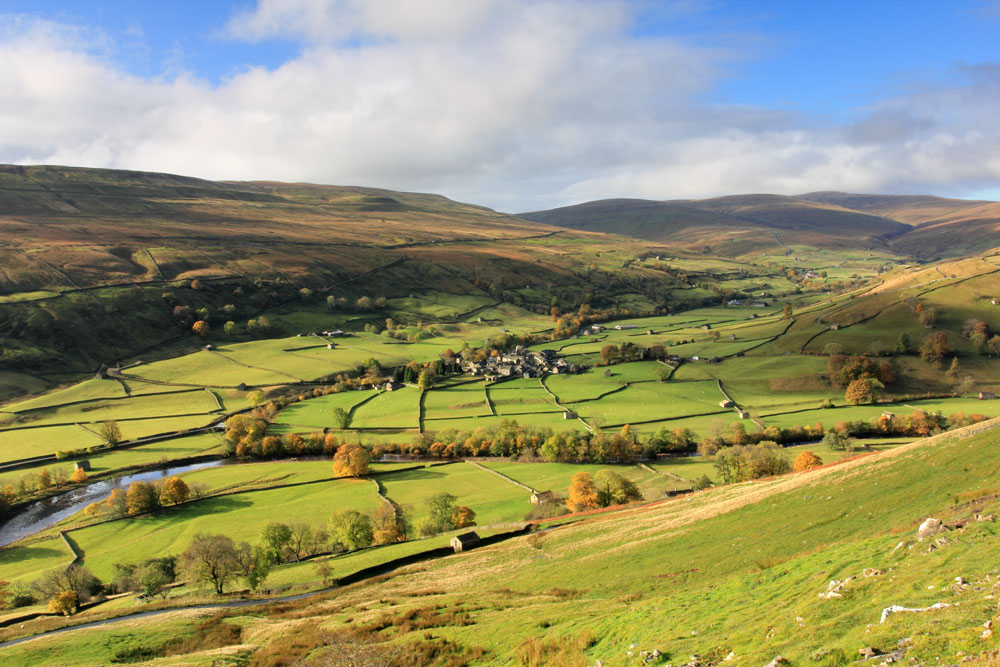 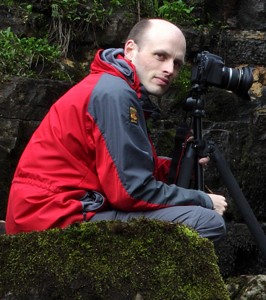 This project has been a great experience for me, it has offered a change of perspective in the way I work. Previously I would go out looking for locations I think will ‘work’, based on the conditions/season/weather in which I found them. For this project I was provided with the locations, so I needed to think much more how to make them work as images, when they would look at their best, the direction of the light, and so on.

Most locations were provided as written descriptions, so the first stage was to visit these spots. Whilst there I would look for foreground interest to provide depth to the image, work out a good composition, decide what sun direction would make the image work best and therefore what time of day and season I needed to try to take the photograph. Other considerations were whether the image would look best when the heather was out, trees were in leaf or bare, or when snow was on the ground. Once I had my time frame, I then kept a very close eye on the weather to identify times when the conditions would be favourable for taking photographs. I didn’t always get it right, but when I did, it was a magical experience.

There is something about being out and about at dawn which it is hard to describe. The struggle out of bed, driving to and climbing up to the location, whilst an effort, don’t seem too bad once you’ve managed the initial push into consciousness, and there is always the excitement of seeing the sun rise to spur you on. For me there is always the panic that I’ll get there too late, sometimes justified if I haven’t allowed enough time, but mostly just because it gets lighter earlier than I expect it to. After the rush to get to the location and set up, there is then usually plenty of time to stand back, admire the view and the effects of the ever-changing weather and light upon it. I have spent many a happy hour in these locations just watching the scene change until I decided the time was right to capture the image.

Photographing these locations has often been a challenge. It can be hard to take a viewpoint which holds personal memories and experiences for the participant and turn it into an image which will be appealing for someone without those same associations. The problem can be that whilst you stand and observe a view, you take in the whole panorama and your experience includes elements which cannot be captured in a picture: the wind against your face, the sounds and smells around you. David Butterworth’s comment that no matter how good a photographer is, they can’t capture the essence of the place is very true. I can only capture a section of the landscape at a moment in time and in the way I view it. Only by visiting these locations will you get the true experience which the participants describe in the accompanying texts.

When you know the Dales as well as I do, it is very hard to pick a single favourite view. I have a soft spot for the Grassington viewpoint chosen by Sarah (for the same reasons), for the Littondale view chosen by Roger Gibson (memories of walking in the area), and now a great number of the viewpoints featured in this book (for the memories of capturing them), but I have chosen a view in Swaledale here. For this project I was based just outside the southern edge of the National Park, an hour and a half drive from Swaledale. Though I visit the area less regularly than other parts of the Park, I always look forward to going there, and it always seems like a holiday when I do.

This project has been a great opportunity for me to discover new viewpoints and see dawn or dusk through the seasons. I have discovered a wealth of fantastic locations and have enjoyed every outing. I hope my images have done some justice to the fantastic landscapes to be found in the Yorkshire Dales National Park and hope they inspire you to go out and experience them for yourselves.