I don’t normally review products, but when you get terrible service, you feel you need some comeback, so here goes!

I ordered some vinyl text for my exhibition from sew-n-print based on a recommendation from a gallery. Their website is pretty awful, but I entered my text and submitted the order. The texts arrived quite quickly and I checked the first one I unravelled and it looked fine. Rather than get them all out, I mistakenly assumed that as one was OK, the rest would also be fine – big mistake!

A week or so later when I was setting up the exhibition, I got them all out to see where they would be best placed and disaster, I had got a Friday afternoon job done by someone who couldn’t spell! There were letters missing from words, misalignments and changes in the punctuation. Fortunately there were a few which were correct, so I put up three texts and left it at that. 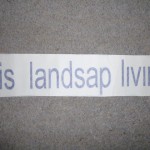 Not how you spell “landscape”! 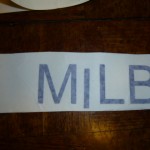 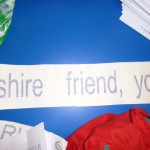 On returning home, I sent an email and photographs to sew-n-print explaining what had happened. A few weeks later, I had had no response. I tried ringing and got no reply, emailed again, sent the vinyl’s back by recorded delivery, wrote to them again, then finally submitted a small claims case against them. Unfortunately I think I messed up the small claims court form, so didn’t get anywhere with that either!

Hey ho, I will just have to console myself with adding this review to my website, hope Google picks it up and hope it deters other people from using such a shoddy company!

Today I met up with Jim Round to scout out the locations for the photography workshop we are running in Buckden on Saturday 19 May.

It was a perfect day for it, fluffy white clouds and sunshine as we walked around the more open areas, with occasional clouds obscuring the sun when we were by the waterfalls. We were there more to plan than take photographs, but both took the opportunity to try a few shots of one of the waterfalls: 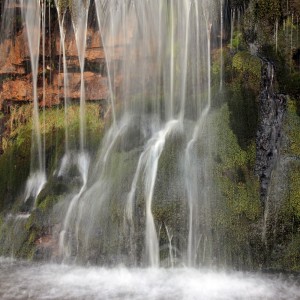 The workshop will, weather permitting, include one of the image locations from my “Working the View” project:

Lets hope the weather is as kind to us on the day of the workshop.

I am lazy, and I suspect I share this trait with the majority of people reading this. How many times have you woken up to a glorious day, only to think “I can’t be bothered to go out for a walk / photography trip / etc.”? Like others, I manage to push past that lethargy most of the time and get out in the fresh air and have a fantastic time. What baffles me is that I never regret it, yet I still have that same reluctance next time around.

With photography it’s a harder thing to overcome. As photographers, we all know that the “golden hour” is when we should all be out and about with our cameras. The results all prove that it is well worth the effort. Yet, how many of us get out at this time more than a handful of times in a year, if that?

For me, additional motivation was required, which came when I said that I was going to produce a book (“Working the View”). If you need to get 40 superb photographs in a year, then you can no longer ignore the fact that you need to get out early and late in the day, even in summer when dawn is before 4am. OK, so maybe I waited until it was after 5am, but that’s still early when you have to haul yourself out of bed and drive at least half an hour to where you want to photograph.

Were the results worth it? You bet they were. Not only were the photographs successful, but the whole experience of being out and about at that time, watching the colour seep into the landscape, the mist rise, the shafts of sunlight burst through. I’ll be out at dawn every day from now on, if only I can get out of my warm bed………………..

As part of “Working the View”, I am adding photography tips to a blog on the project website – follow this link to view.

“Working the View” is a joint project by Mark Butler (photographer) and Sarah Butler (writer) to produce an exhibition and book of landscape photographs of the Yorkshire Dales National Park, with accompanying texts exploring the relationship between the landscape and its guardians.

We all have to move with the times and it was time for me to update my website to make it easier to edit and add images to, without having to edit the code each time.

So here it is, my new website. Built with the very kind help of peredur.net and almost fully operational. There’s some work to do on the gallery, but it should be all done by the end of the week. Enjoy!

Well I talk the talk in supporting the 3 Peaks Project, so on 21 September 2011, it was time to walk the walk.

When a press article was featured in Grough (an online outdoor news site), I was committed. Shame I chose the wrong day to do it on!

The easy stretch from Kettlewell to Buckden along the river was fine (if a bit dreary), the high winds on Buckden Pike slowed me down a little, but a brief sunny spell coming down to Walden Head lifted my spirits. However, after lunch the rain started and stayed with me for most of the rest of the day. The wind also became stronger and going over Fleensop Moor I started to wonder whether what I was doing was really very sensible! Still, I pushed on down into Braidley and up the side of “Dead Man’s Hill” (what an encouraging name that was!). The walk from there for the next 4 miles to the summit of Great Whernside was one I was very glad to finish! Walking into a gale force wind, with the rain lashing down and peat bog underfoot was not my idea of fun! Still I made it in the end, and with only one blister to show for it!

Thanks to everyone who helped me to raise £283 for the Three Peaks Project and I look forwards to next year’s challenge (which I might plan a bit better this time!).

Some images of me on the walk are on the Yorkshire Dales National Park Facebook page.