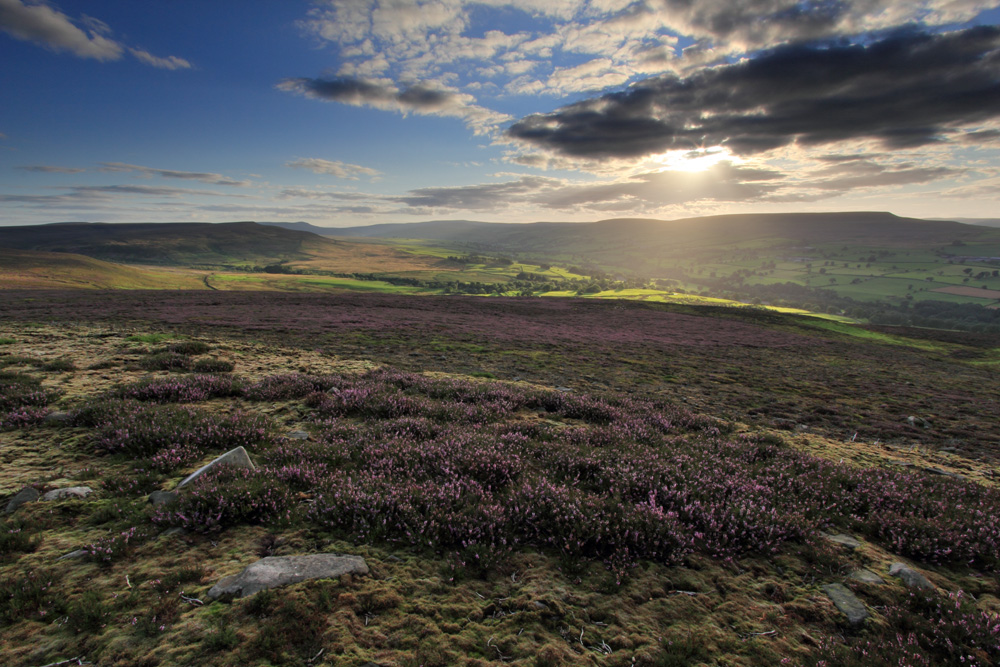 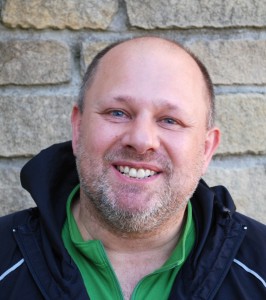 The River Cover goes down the bottom of the valley here: you can see where it is from the line of trees. Coverdale’s not a well visited dale, but it’s lovely when you get down to the river. There’s a real nice habitat mosaic there. You’ve got a lot of trees and woodland along the river bank, and the river looks just how you expect a river to look: a nice mix of gravels – with very little fine sediment, which is important – but there’s also woody debris in there. In terms of fish, you’ve got your salmon, brown trout, probably sea trout, bullhead, stone loach, minnows, and native crayfish.

We’ve had the Coverdale Biodiversity Project going on up there for the last two years now, which involves the large-scale management of the riverscape. What we’re doing there is looking at the catchment (which is the area that drains into that particular watershed), and using models such as SCIMAP (a fine sediment model) to work out where water flows, and possible diffuse pollution sources (small pockets of pollution with lots of them spread across a catchment). We then use restoration methods such as willow spiling, bank protection or gill planting.

Willow spiling is a fantastic way to spend a couple of days. We use fence posts up here rather than willow rods, just because of the nature of the bedrock and the gravel. You knock fence posts into the river bed, and then you have three or four metre willow rods which you just weave in and out to make one long hurdle. You angle it in at the upstream end of the bank, so it deflects the water around it and this protects the bank. It makes a permeable barrier, so it slows the water down and as it passes through the willows it allows fine sediments to deposit out behind the hurdle. This is a restoration method for places where you’re getting quite a lot of severe erosion.

Coming up onto this hill we’ve got the Yorkshire Peat Partnership working on the top to block the grips and restore the peat soils, then we’re working down in the bottom, and you’ve got the National Trust working in between.

Coverdale is a landscape with a lot of variety: you start off on these moorland plateaus and then work down on to the hill slopes, and then find yourself in these little valleys, and all the way you can walk from top to bottom, finding little out-of-the-way waterfalls and lovely little streams. But I think it’s the character of the people who live here as well. Until this job I’d never really mixed with farmers, or lived in a rural community, but it’s one hell of an experience. They’re all approachable, they’re all friendly. It’s the whole mix, and each dale has its own uniqueness.

I was brought up in Hull, which is quite urban, with rivers you probably wouldn’t want to go paddling in! My mum used to bring us on walking holidays up in the Dales. I’ve always been interested in natural history; I played rugby at school, and I think I was the only one in the team who would go and spend Saturday night owl-spotting!

This is a great job, especially when you’re outdoors and wading in rivers, catching all the fish and insects and seeing what lives there. I used to go to places like Grassington, sit on an eroded bank side and just enjoy watching the river. But now you look at that bank and think ‘that’s eroded’ and you need to do something. You look at the landscape in a completely different way. That’s great in one way, but it also means that you’re going around looking at negative things, thinking ‘how can I improve that?’, rather than just looking at it – because it is a beautiful landscape.