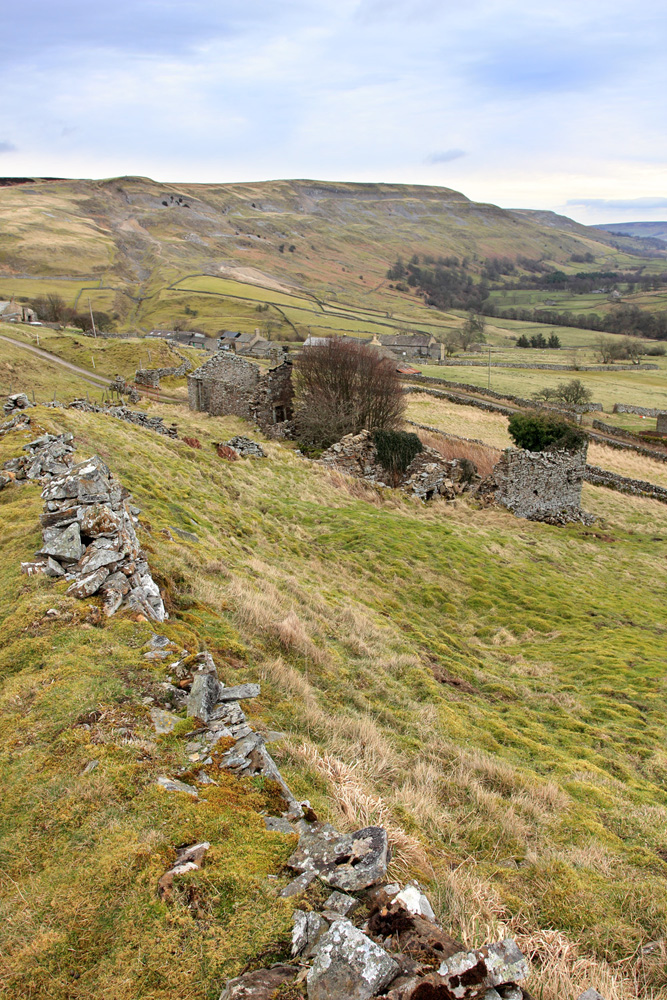 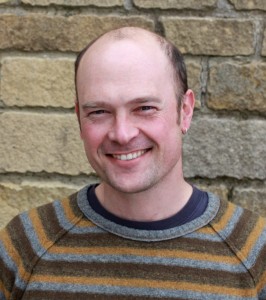 This is one of my favourite views, coming down off Booze Fell on a walk that I’ve done quite often. I like the mix; it’s very scenic but there’s a lot of industry in there. Booze is a fabulous name. It’s alleged to have an old English origin, but I wonder if it might be a corruption of Boose or Bouse, which is a term that’s used for lead ore.

Arkengarthdale is one of the most historically industrialised parts of the National Park. Most people don’t think of it as an industrialised landscape at all, but it’s as industrial as places like the Nottinghamshire coal fields, or some of the slate mining landscapes in Wales. There was large scale intense lead mining over much of the higher ground. The bit at the top of the photo is Fremington Edge. The pink colour is the colour of the waste materials from the ore processing. That big gulley is entirely manmade; it’s called Fell End Hush. Hushing is a way of mining; a kind of open casting. Originally there might have been lines of mine shafts down there, but after a while going down in little shafts becomes impractical, and it’s actually easier to open cast. They used torrents of water to wash away all of the top soil. If you had enough water you could actually use it to help move rock. Eventually, over hundreds of years, this huge scar through the landscape formed.

The really intensive mining was happening in the 18th and 19th centuries, but it was going on for a long time before that, probably back into the medieval period, possibly during the Roman period. In the 1880s the mines here were undercut by foreign imports of lead. Overnight the industry almost stopped, and the population effectively halved in places like Swaledale and Arkengarthdale, which is why buildings like the one you can see here became redundant.

It’s a great shot, but it’s not quite so revealing in terms of field patterns. They’re very topographically determined, because you’ve got quite limited land that’s any good. The villages tend to be located near the good ground. There’s no arable farming here now, but there would have been tonnes of it in medieval times. You can still see terraces near some villages, which were cultivated for planting, and ridge and furrow patterns in some of the fields.

There’s an awful lot of prehistory in the area. On top of Fremington Edge there are things called ring cairns, which are about 20 or 30 foot across. They’re kind of slight, just a ring of stones. Somewhere in the middle of them, underground, there’ll be a hole with a cremation urn. They’re basically the predecessor of barrows (burial mounds). These would be from the Early Bronze Age.

I provide advice to farmers, land managers, land owners and organisations on how to look after archaeological features in the landscape: how to manage them well, or manage them better, and how to avoid damaging them. It involves making decisions about what you value about the past. We’re interested in managing anything that’s basically redundant and has some historic interest, from really obscure stuff – like ancient tree remains at the base of the peat that will go back 8,000 years – to things as recent as the Second World War. It’s about finding ways to keep the past surviving wherever we can, and to do that in a way that accepts that people have to make a living, and manage a landscape. It’s very much a balancing act.