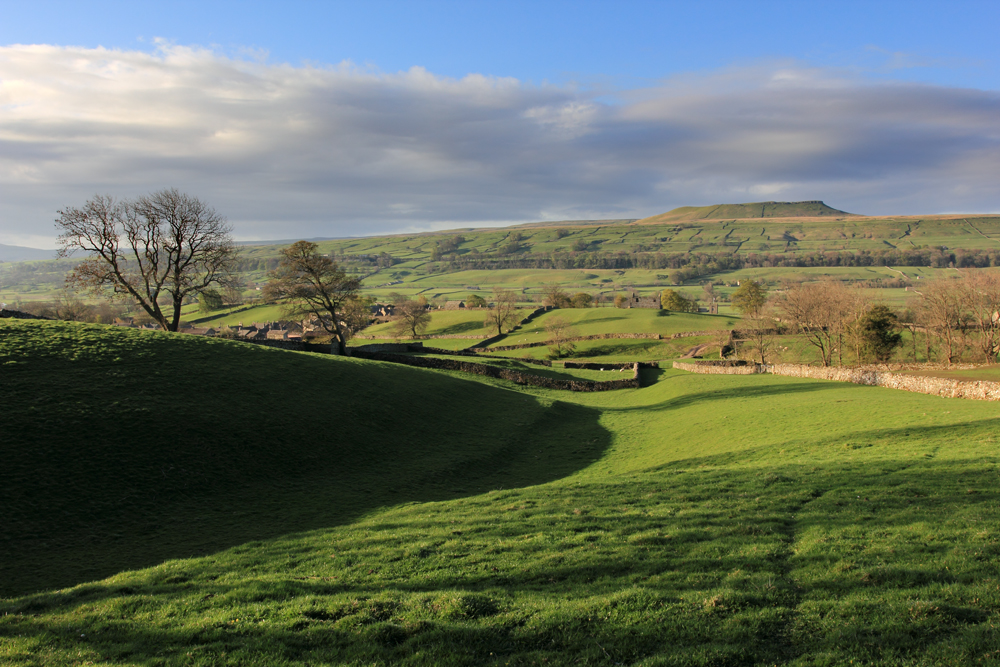 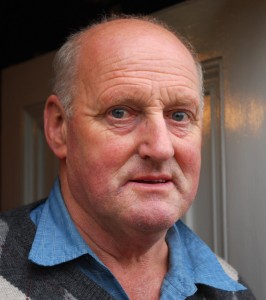 I grew up on this farm. Going back when I was younger it was actually three different farms, it’s now just one. I probably took it for granted that I’d farm – I didn’t have a great desire to do a lot else and farming’s sort of bred into you, I think.

Our land goes as far as the church, so all this land in the foreground is mine. This field at the front here is called the Giant’s Cradle because of its shape. It’s grazed by cows in the summer. The ones a bit further off are meadow land and are made into hay and silage. Come the spring they can be very colourful with quite a lot of wildflowers in them. I just like the area and how every field’s different; there are no flat fields, they’re all small hills.

What’s dominant to Askrigg, wherever you take a picture from, is Addlebrough in the background. It’s not very high, but it stands out and just makes the perfect view across.

We’re forever drystone walling. There are bits dropping sort of continually. But these walls have been there 120/150 years, so they’ve done well. It’s just a matter of keeping them there and keeping them tidy. The walls are great in lambing time, because a sheep with young lambs can get behind a wall if the weather’s not at its best; they can get out of the wind and it keeps them dry.

That’s Askrigg just on the left. You can’t really see it from a lot of places – it’s in a little valley and very well hidden. Going back, Askrigg is a little bit like Reeth; it’s always been a working village. Years ago, while they used to have the lead mines on the moors, the lead miners would each have two or three fields; they’d keep a few animals and work in the mines at the same time. That’s why round the village there are a lot of small fields.

I do quite a lot in the community. I’m chairman of the Parish Council and various other things. The voting population of the village is 450, so it’s only small, but it’s quite an industrious village – there’s always something going on.

My grandparents rented the farm originally. They were cattle dealers. My father did a bit of that, but we went more into the farming and the milk. We milk the cows, but we also bottle all our own milk; we pasteurise and separate it and we retail in Wensleydale and upper Swaledale. We deliver milk to the shops in Reeth and Muker, and some B&Bs in between; then we’ll go down as far as West Burton, and up to Hawes. So we go through some really scenic little villages on our round. Going back a lot of years, every farmer would milk their cows and sell the milk around the village – it’s quite a rarity now.

What I like about this type of farming particularly is that the seasons are all so different, and the views are different. Every day with the way the weather and the seasons are – it’s changing all the time. And no matter where you go in the upper dales you have a marvellous view. If you like scenery then there’s no better place to be than in the Dales.