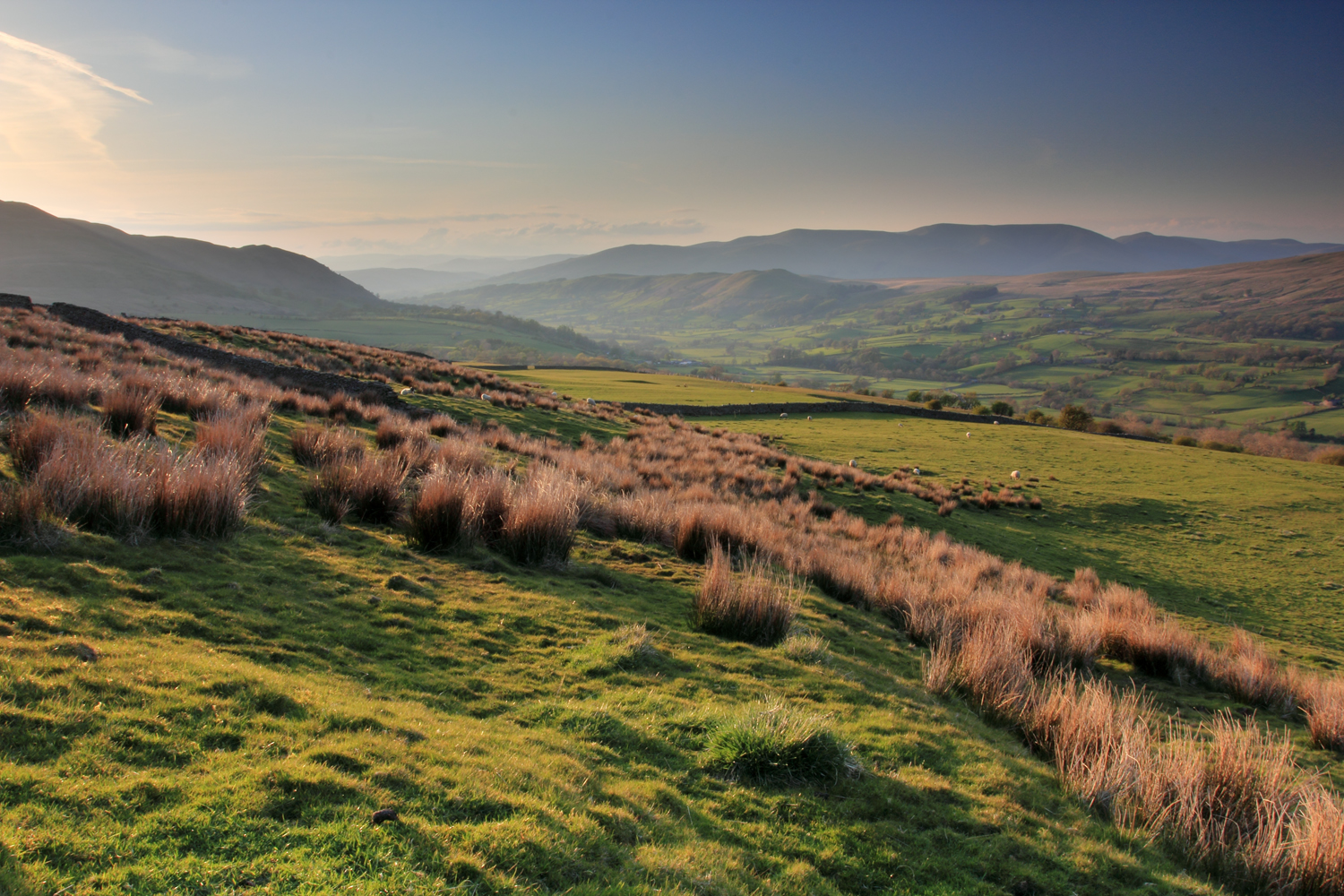 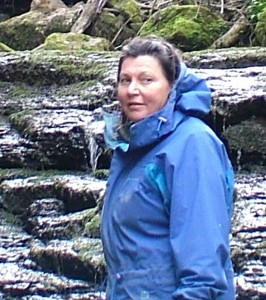 This is the area that’s closest to my heart. It’s glorious, it’s magnificent, and it’s natural. It makes me think about all the work that’s been done here for generations, and how people used to live.

I grew up in Dent. My dad was a cow man, and my grandparents were farming up at Rivlin Cowgill. I came to High Laning as daughter-in-law. In the early days we had a little farm and a butcher’s shop. Unfortunately, my first husband died – I don’t think I’ll have anything as sad happen to me again. We couldn’t carry on with the butcher’s shop, but that was maybe a blessing in disguise, because it was the start of interference from supermarkets and price cutting. We used to bottle our milk here, and it came eventually with the milk. You’d go with the milk some mornings and you knew very well that people had been buying from the supermarket. That was quite a heart-string puller, as a local person who was used to making a living.

Then I took a U-turn and decided it might be a good idea to try and go with tourists and set up a camping and caravan park. It was very difficult. It costs an absolute fortune to change from what you have been doing to something else, and then to have the heartache of people not being very happy about the changes. This was in 1970. Eventually we made it.

Our youngest son is still farming our farm – a very small area at High Laning Farm, High Ground, and what was my grandma’s farm at Rivlin. He’s happy – he loves his sheep. You’re bred to it, aren’t you? You either have it or you haven’t it. I have it myself. I have the instinct of everything that goes on on the land, and so has this son of mine who’s carrying on. His instincts are good. I’m all the time having a look. It’s in my blood. I can’t leave it alone. Being a widow, I did a lot of farming myself. Maybe because farming helped me carry on, it’s closer to my heart. I would hate to think I couldn’t walk out there and have a look at a few sheep and lambs, and feed the sheepdogs. When you’re farming here you’re very family-orientated. And farmers all help each other – they are really, really close.

Setting up the Heritage Centre has been a massive project. It tells the Dent story, if you like. I started off just collecting Dent postcards. My husband’s brother was a collector too and we took quite a lot of his collection over. We were all over this area – if we heard there was something from Dent or the ten mile radius, we were there. Then my aunt died, and her legacy was enough to secure the building that’s now the Heritage Centre. It was a 30 year project. We had such a great team working on it and we managed to get it open in 2006. I didn’t know if I wanted to do it because Dent is very close to my heart, or if it’s about sustainability – to make sure Dent keeps alive – I’m not sure.

We developed Flintergill Outrake Nature Trail too. That’s quite something. As you walk up there it’s something really out of this world because it’s very unspoilt. There’s a lot of fauna in there  – the birds sing and it’s very, very peaceful, very natural. Further up you get to the house where people used to live, at High Ground. I think about what a drudge it would have been up there – but they’d have been happy. Natural England helped us renovate the barn, so there’s another little museum with all the implements they used to use on the farm. There’s a lime kiln as well, and the quarry. Then if you walk a little further up you come to the Topograph, which shows the distance to all the hills: starting at Barbondale, down to the Howgills, Helmside Knot, Rise Hill, Knoutberry, then you come back round this side: Whernside, Deepdale, Great Comb.

You can do the trail and look at it the way it is today, or you could turn the clock back and think about how it was: think about the weavers’ cottages at the bottom, where they used to weft the linen on the dancing flags, and how they used to tell the children the tales about the fairies.