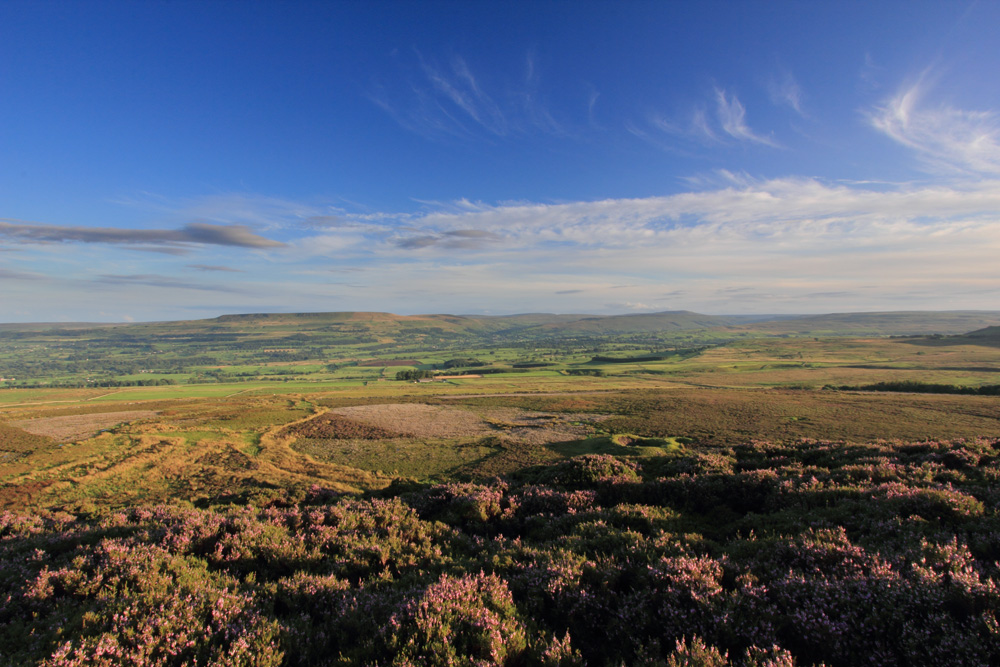 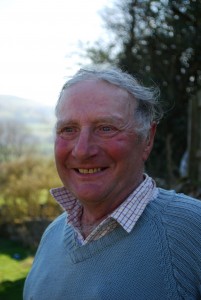 This view’s my life in a nutshell. I was born at Aysgarth; my family’s farmed here for 150 years. How I visualise it is that the heart of Wensleydale is here. You have the arteries running off it, which are Walden, Bishopdale and the top end of Wensleydale. They come together at Aysgarth and you get this wide expanse of fertility. Further down dale it opens out and levels, but this to me has always been the heart of the dale.

That’s my land in the foreground. We bought 1146 acres of which my daughter had 200, my son has sort of 900, and grazing rights on 2005 acres of heather moor. My son farms the major farm – basically this building and all this land in front. My daughter, they’re on a rented farm but they have the best bit of land that’s out of sight here.

The bottom of the dale here’s always been dairy, but it’s significantly changing now, in that there’s only one dairy farm in sight from here. Every householder used to have a cow – these little buildings are all for two cows. The village here was an old mining village. 60 working people lived in this village – there are only 30 houses now. Majority had a field, a field house as we know them, and right to graze in two big pastures behind.

Farming at the moment in these dales and the upper dales is totally dependent on brown envelopes as we call them – handouts of one kind or another; environmental schemes. They have a place, the money’s required, but if the agriculture was viable on its own, the environment would have been sustained in a satisfactory manner without the money. Before, the only expense virtually was man hours – two horses if you liked and fodder for your cows, which you grew. But that now doesn’t create a living wage. This farm in the ‘40s and ‘50s was carrying seven hired men. The farm now carries one hired man and my son, and they have an increased sheep flock and an increased cattle herd. The sheep flock will be 10% higher, the production off that will be 30% higher, and cattle will be 200% higher. Before, if you were milking 40 cows in that area, 100 gallons of milk was a large farm. When my son-in-law left he had 13-1400 gallon a day going off the same land.

The sheep areas are to a large degree totally dependent on the environmental payments. The lamb production off the uplands, whilst it’s always going to be beneficial to the environment and the sustainability of the visual aspect, is very difficult to sustain financially without outward assistance.

We’ve planted trees in that gully you can see through the Millennium Trust. It’s waste land to a degree, nothing but rabbits and rocks and elm skeletons. We’ve put in a standard mix of a lot of wild cherry, and we’ve included some scots pine – which aren’t on the Millennium Trust menu, but are advantageous to black grouse. We’ve actually had black grouse in there. We lost them a couple of winters back with the frost. They’re quite rare round here.

It is a pleasurable experience doing the work in good weather. I like the achievement of helping the livestock and the land to produce. It’s a total encompassment of the whole aspect of living. It’s bigger than land. It’s the fact as school kids we knew where every bird’s nest was from here to school – we knew what there were.

I think the main thing that crops up in my thoughts is how insignificant our lifetime is, on the whole dale. There are things there that’ll have been worse than brownfield sites in the mining days, and yet they’re grassed over and forgotten. I mean some of these lynchets – the plateaus – from the 8th, 9th, 13th and 14th centuries would have been massive excavations. And then the creation of the mill. And yet there’s nothing there. If you study it as an archaeologist you see bits and pieces, but there’s no significance.